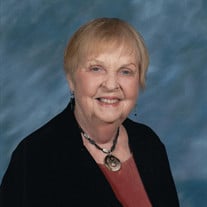 Jeannine Marilyn Janulis (nee Stewart), age 90, adored daughter of the late Irma (nee Rehm) and Raymond, Stewart, Sr. Loving wife to the late Leonard August Janulis. Treasured mother to the late Christopher Leonard Janulis, Stephen Stewart Janulis (Debra), Lynn Leslie Janulis (John Frasz), and Jeffrey Lane Janulis. Cherished grandmother to Joel Leonard Janulis and Kyle Horton. Beloved sister to the late Betty Roth (Tom), the late Raymond, Jr., the late Shirley Knogge (Ken); and the late Donald Stewart (Beverly). Fond aunt to all nephews and nieces. Trusted and loyal friend to many. Great affection and appreciation for Debra, Elia, Beatriz, Cosmina, and Kathleen. Lifelong sports fan with a special love for baseball and the Chicago Cubs. Jeannine was born in Ste. Genevieve, Missouri on Christmas Eve, 1929. She started playing drums in 6th grade and played in the high school marching band. At age 14, she started working in the Dorlu Dress and Gift Shop, where she learned to wrap gift packages. She graduated from the Ste. Genevieve high school in May, 1947. Shortly afterward, she was asked to represent the KSGM radio station as part of Radio Appreciation Day. There, she met then St. Louis Cardinals (and later Chicago White Sox and Chicago Cubs) baseball announcer Harry Caray, who presented her with a souvenir engraved watch. At age 21, she became an airline stewardess for Trans World Airlines (TWA) in Kansas City. Before she left for training, she had to cut her long blonde hair to the required short length. When she finished stewardess training, Jeannine had to make a 3:00 AM solo flight to Chicago, her new home. She served on flights that included celebrities such as TWA owner Howard Hughes, actor Van Johnson, and New York Yankees great Joe DiMaggio. Championship boxer Rocky Marciano once helped her serve meals on a flight. On another trip to Washington DC, she and her crew encountered the king and queen of England in between flights. In 1951, in the early days of television, the Indiana-based Bendix Washer and Dryer company president asked Jeannine to accompany Bendix representatives and a family of nine to New York City to appear on a television program with TV host John Reid King. The visit was chronicled in the January, 1952 issue of McCall's magazine. Also in 1951, she flew President Dwight D. Eisenhower's campaign charter flights with senators from across the country. In 1953, TWA asked her to go to the Fair Store on State Street in downtown Chicago to be photographed changing the clocks for the first daylight savings time. The photograph appeared in the April 23, 1953 edition of the Chicago Sun-Times. She also flew the inaugural flights to O'Hare International Airport in 1954. Jeannine met her future husband Len on a blind date in Chicago in 1951. She left her airline stewardess job when she and Len married in August, 1955, since the rules at the time did not allow stewardesses to marry. She then began working as an accounts payable clerk for the Continental Can Company, where her husband worked, until expecting her first child, because employment rules then also required women to stop working three months before giving birth. Jeannine was then a stay at home mom for fourteen years, raising her children and remaining active in her community before she later returned to formal employment. Then, after working as a cashier at Yankee Doodle Dandy restaurant, participating in her children's parent teacher association, and volunteering at Nathan Hale Elementary School, Jeannine was offered a position as a receptionist at the Chicago Public Schools Pupil Service Center, starting in 1975. She later was promoted to administrative assistant with the Board of Examiner's Office. In total, she worked more than eighteen years with the Chicago Public Schools before retiring in 1993. After retiring, she continued volunteering at church and in the community. She participated in the Midway Community Choir and their seasonal concerts served as fundraisers for neighborhood and other charitable causes. She also volunteered at the Southwest Chicago Pads shelter, cooking and serving food to the homeless. Jeannine was an excellent cook and baker. In 1997, she compiled the recipes she had collected throughout her life, including all of her mother's homemade cooking, into her cookbook entitled, Forty Years of Recipes. A signed copy, dedicated to the Ste. Genevieve, Missouri Library, her hometown, was donated in 2018. Jeannine was always helping a friend and neighbor. In 2005, she received the Senior of the Year Award from the Chicago Park District and the Clearing Civic League. At the ceremony, she met then Mayor Richard M. Daley and he invited her to visit his personal office at Chicago's City Hall. When she visited, she baked a batch of English Toffee cookies and brought Mayor Daley a tin for his staff and family. In May, 2012, she was presented with the Golden Spirit Award in appreciation for her dedication, service, and commitment to maintaining the quality of life in the southwest side of Chicago by 13th Ward Alderman Marty Quinn. Well into her 90th year, Jeannine remained active in her church and community. A 90th birthday celebration luncheon was held for Jeannine in December, 2019 at Palermo’s Restaurant in Oak Lawn. 105 family members and friends attended as a true testament to the love and lifelong friendships Jeannine cultivated throughout her ninety plus years. In addition to the birthday luncheon, Jeannine was honored with a three-page birthday resolution from Chicago Mayor Lori Lightfoot, City Clerk Ana Valencia, Alderman Marty Quinn, and the Chicago City Council; a birthday proclamation from Ste. Genevieve, Missouri; a congratulatory letter from the Washington, DC-based Association of Flight Attendants; and congratulatory letters from the Chicago Cubs, Chicago White Sox, Chicago Bears, Chicago Blackhawks, and Chicago Bulls professional sports teams. In lieu of flowers, donations may be made to the First United Methodist Church of Oak Lawn, Central Avenue and 100th Street, Oak Lawn, Illinois, 60453, http://www.oaklawnchurch.org, (708) 423-1170, or a charity of your choice.

Please share your memories and condolences to Jeannine's family.

Send flowers to the Janulis family.